What can the latest data tell you about flexible working in NZ? 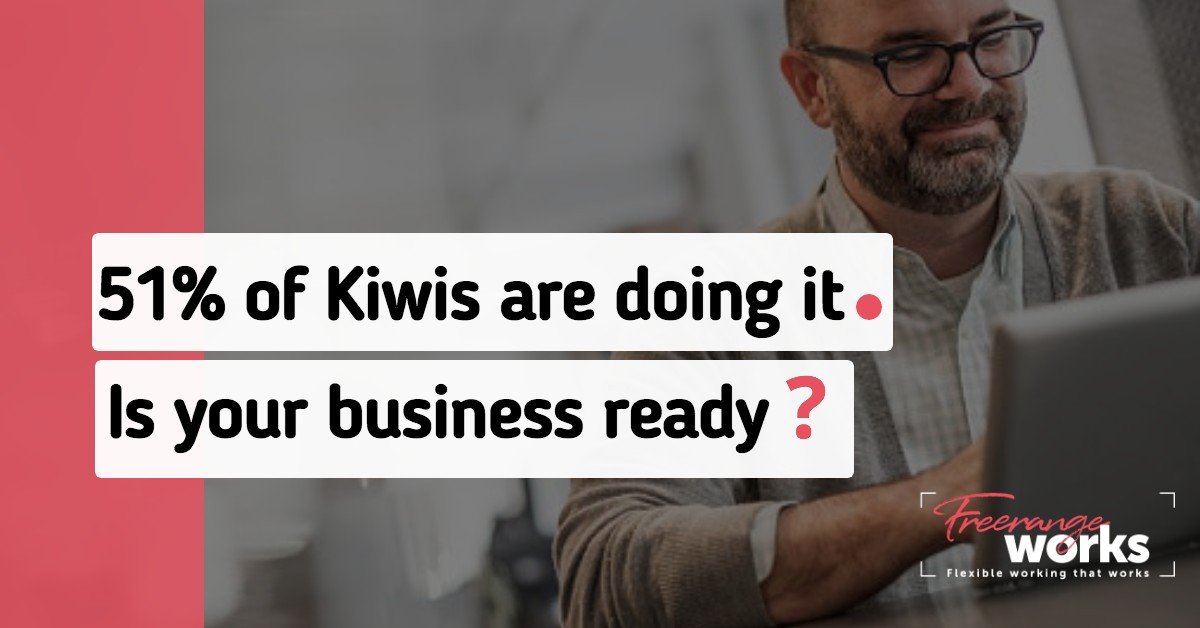 Flexible working is becoming increasingly accepted as the new way of working across the globe, but just how many of us are doing it here in Aoteoroa? How satisfied are we? And what industries are leading the way? Statistics New Zealand asked, you answered and the results are in!

The latest data was released last month from the Survey of working life. The survey, which was conducted by Statistics NZ between October and December last year, includes detailed information on work flexibility in New Zealand. Here’s what the results are telling us:

More than half of us are doing it

More than half (51 per cent) of employees in New Zealand have flexible work hours, allowing them to start and finish work at different times each day. If you’re thinking that it’s just for women then think again because more men had flexible working hours (54 per cent) than women (49 per cent).

Now you can see why leaders of successful NZ businesses like, Ryan Ghisi – GM of Global People Programs at Xero, are saying that flexible working is no longer a benefit.

“It’s not a benefit anymore. You’re simply at a competitive disadvantage if you’re not offering Flexibility to your people.”

Flexibility and greater work-life balance have been shown to be the biggest motivation when considering a new role. So when it comes to getting the best people for the job, businesses that fail to embrace flexible working are likely to get left behind.

This isn’t surprising when you look at the correlation between the number of us with flexible working hours. Why? Because people like having the ability to fit work into their life and not the other way around. As an employer, not only will flexible working help you attract great people, it will also help you keep them, because happy employees are loyal employees.

Some industries are further ahead than others

The industries where employees had the highest proportion of ‘flexitime’ arrangements (more than seven out of 10) were rental, hiring, and real estate services; and professional, scientific, and technical services.

By comparison, less than four in 10 employees in healthcare and social assistance had flexible work hours.

Industries like these generally have fixed working hours that are largely unavoidable. However, this shouldn’t be an excuse to exclude professions, such as doctors, nurses and teachers from flexible working. I urge those industries to look at flexible working with fresh eyes and view it as a challenge to overcome in order to keep attracting future generations of employees. There are a multitude of creative ways to apply flexible working arrangements and practices to just about any role. For example, if there is a role that requires someone to be physically in the workplace during fixed hours, then ask yourself if it has to be the same person – can it be a job share if the situation arises?

These results give us a good benchmark and the best part about it is that we’ve got time to shift the dial. Let’s work together to see if we can improve the data one year from now.

Get in touch with one of the team at Freerange Works for support with how to adopt flexible working practices in your organisation.